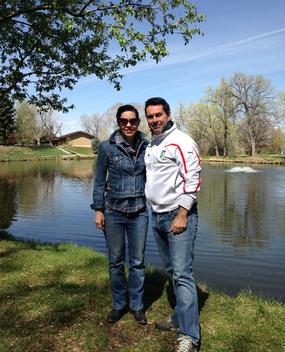 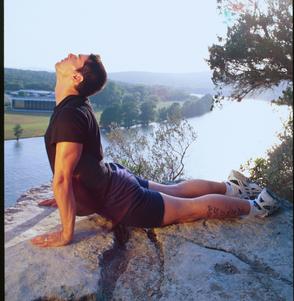 Marisa French received her Degree in Foreign Languages/Business in Italy. She is the Founder and Program Director of the Language and Cultural Center at the Moving●Mind●Body institute.

Marisa is fluent in 7 languages and works as translator, interpreter, cross-cultural consultant, and language teacher for global organizations and companies such as UNICEF, law enforcement, and more. Her knowledge is the dedicated result of many years of living abroad, a strong passion for languages and learning about different cultures. She has lived and visited more than 30 countries across 3 continents.

Marisa is a Full Instructor in JKD, Kali, Grappling, and Filipino Martial Arts. Her passion has focused on teaching self defense techniques to individuals that are proven to realistically work in life threatening situation in the streets. She has spent over 15 years training with the top teachers and masters throughout the world and is currently teaching seminars in schools, corporations and Universities.

Daniel French's teaching and practice draw extensively on the ancient texts of healing and wellness, as well as the most contemporary information available today.  Bachelor's degree in Psychology with a minor in History & East Asian Studies.  Then moved onto  a Graduate program for Acupuncture & Oriental Medicine, that led to being a Holistic Health Practitioner.  Daniel is also a World Class Martial Artist. His knowledge and training of Martial Arts is extensive and spans over thirty years of practice. Daniel is a Full Instructor of Bruce Lee's JKD and Filipino Martial Arts, Muay Thai, Brazilian Jiu Jitsu, Shooto and holds the black belt rank in several other martial arts. He is former United States Mid-West champion in full contact Stick Fighting, Vale Tudo and Texas State Jiu Jitsu as well as former West coast regional Director for the world renowned Progressive Fighting Systems. Daniel now directs the JKD/KALI Cultural Center in Wisconsin.

Believing that the general public can benefit from the thought-provoking explorations of the holistic health approach, Daniel has a local Cable Access Show highlighting the martial & healing arts. Now the T.V. show is ready for national syndication.  Produced and directed over 100 shows featuring world renown guests including innovative doctors, acupuncturists, martial arts masters, swamis, artists, and teachers. Daniel has also been featured in the following magazines: Black Belt, Filipino Martial Arts, Probe, and Self Defense for Women.  Call now to start training....Phone #920.840.7101

Humility, Integrity, Commitment. Come join us on the path.